I love Wilbur Smith! He writes great adventure set in exotic lands, and few writers excel as much as him in bringing African scenery to life. Now that I can order whichever book of his I want, I was preparing to indulge. But…

Assegai is an enjoyable book. The first two-thirds were just as adventurous and picturesque as I was expecting. The last third was wooden, plastic and all other kinds of pre-manufactured. Meh.

I feel I am about to slam this book and I feel bad about it, because at some point it was the book one hurries back from work to read. So first something good, that remained good (brilliant really) throughout.

Wilbur Smith is a master when it comes to creating a world the reader doesn’t want to leave. His Africa comes as close to a 3D cinematic version as it gets. I can close my eyes right now and see majestic views of Kilimanjaro, of regal black-maned lions, zebras and  running bull elephants, trumpeting at hovering aircraft. Africa in Assegai is every bit as picture-perfect and glamorous as in the new Taylor Swift video.

The book tells the story of Leon Courtney, ex-military big-game hunter, who leads prominent political and royal figures on safaris to kill all kinds of wild animals (*cringe*). He is recruited to spy on a prosperous and cunning German villain-industrialist, who comes for a safari with his super hot mistress, with whom Courtney gets involved and then drama.

This sounds like a spoiler, but you will actually read all of it on the back cover. I did and I pretty much expected it. Then I got 300+ pages about how Courtney got unfairly punished by a senior officer, quit the army and earned his hunter’s spurs chasing elephant, then buffalo, then rhino, then elephant again, then crocodile, then lion… It is pretty gripping, but also very far from spying and sinning with other people’s mistresses. The said femme fatale doesn’t make an appearance until the very last third of the book and, judging from what happens next, that’s a good thing. 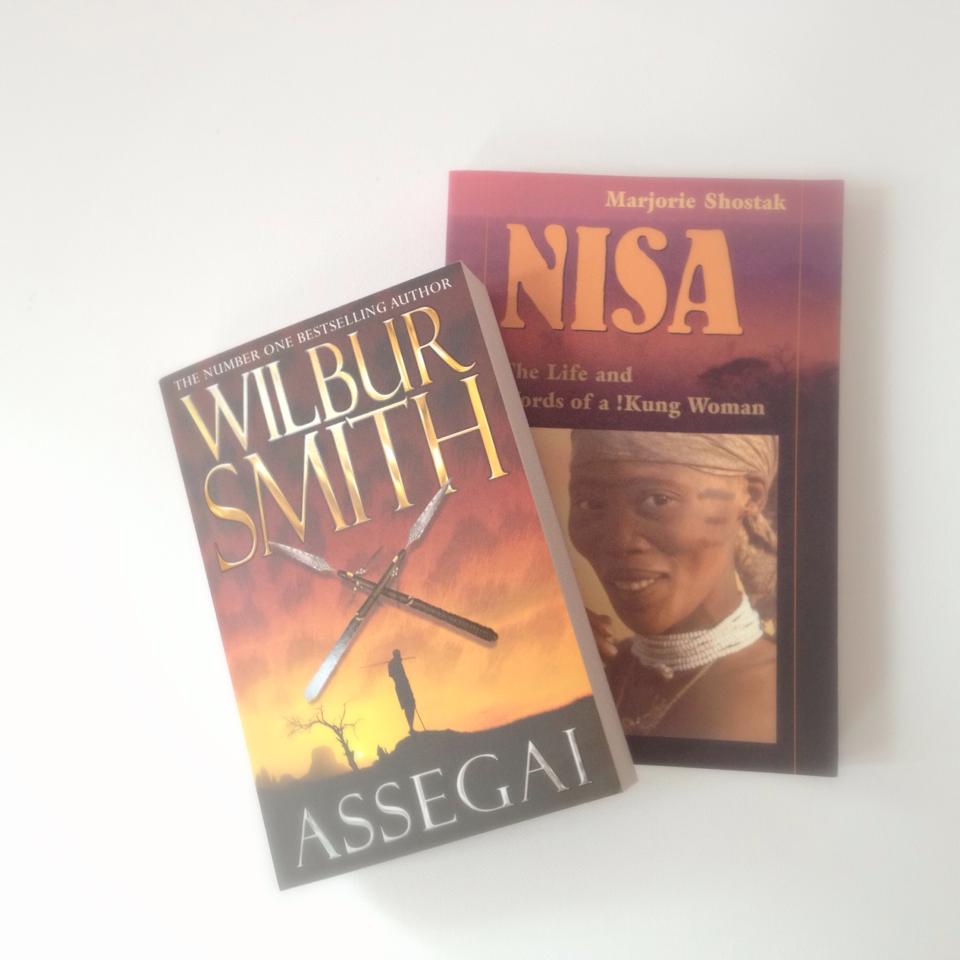 Leon Courtney is a cardboard cutout character – sexy, tall, hunky, blonde, brave, rebellious and strong-willed. At least we are told he is. In the beginning I almost believed it, because he seemed to have an arc. He wants to be a hunter. He is drawn to the wilderness. He wants to prove himself to his dad and the world. He has principles and scruples to breach them. Oh, and he is fun.

Enter Eva. Leon gets a lobotomy. Forgotten are the hunting, the regional conflicts between the Masai and the Nandi; and Courtney himself for that matter. His entire arc (if we close our eyes and accept he had one) goes to hell. Smith labors to bring to life a romance the reader is not likely to buy. There are a lot of dramatic statements about how much endlessly, truly, madly, deeply Leon and Eva love each other but no proper set up for that adverbial orgy. The romance was so cliched and the sex scenes so cheap I was embarrassed to read on (and that’s from a fan of romance). What the heck happened?

My guess is that Smith lacked the patience to write an actually believable version of the Leon we knew falling in love. Instead he just copy-pasted dialogue and love scenes from some other of his books, swapped the names and the setting, threw in some melodramatic declarations and a sloppy background story and hoped for the best.

Apart from the grandiose declarations of love and a few brilliant scenes, Assegai is conflict-timid. Maybe I am spoilt, but previous reading experiences have taught me to expect dangerous situation to turn for the worst; every foreshadowing of a disaster to blow up and cause huge distress for the protagonists.
In this book, in contrast, a lot can turn rotten, but somehow it never quite does. More than a few times our Courtney boy gets so damn lucky one has to wonder why Smith even bothered to include the scene at all.

As much as I loved this book in the beginning, I will remember it as anticlimactic.

Another problem for me was the POV. I am used to reading close POVs and it felt weird to jump from head to head in a single scene. But I get that, it’s just how the book is written. At times, though, this approach makes the plot twists feel artificial. (Note to writing self: don’t do omniscient POV).

Last, but most definitely not least – I was expecting some closure on the animal killing. I know it’s historically correct – there was certain glamour attached to big-game hunting and safaris during Teddy Roosevelt’s time. Yet today, when most of the species hunted in the book are endangered and rhinoceros are getting so rare the army is protecting them I found the detailed and normalizing description of the hunting hard to swallow. I was expecting a moment (it was foreshadowed actually, but never happened), when Leon would voice what waste and cruelty lie in the heart of this sport. But then – Eva.

Have you read anything by Wilbur Smith? Who is your favorite adventure author? Have you read a book that starts out great and then turns to flop?