Not long ago I posted my review of Hardy’s masterpiece (and the 2015 movie adaptation), so I will not bore you with repetitions about my opinion and what I liked and what I did not like, yada yada yada.

This post is just a collection of excerpts that impressed me with writing style and at times surprised me. You know those sentences, where you go ‘whoa’! Lots of whoas here. I think there was a word about it… yes, sentranced!

So if these bits sentrance you as well, you are going to love Far From The Madding Crowd. If not – you’ll hate the book, because it’s all written like that.

“…and swinging back her hair, which was black in the shaded hollows of its mass; but it being now an hour past sunrise, the rays touched its prominent curves with a colour of their own.”

“It was a time to see a woman redden who was not given to reddening as a rule; not a point in the milkmaid but was of the deepest rose-colour.”

“dogs and other philosophers who follow out a train of reasoning to its logical conclusion, and attempt perfectly consistent conduct in a world made up so largely of compromise.“

“Bathsheba, though she had too much understanding to be entirely governed by her womanliness, had too much womanliness to use her understanding to the best advantage. Perhaps in no minor point does woman astonish her helpmate more than in the strange power she possesses of believing cajoleries that she knows to be false — except, indeed, in that of being utterly sceptical on strictures that she knows to be true.”

“When a strong woman recklessly throws away her strength she is worse than a weak woman who has never had any strength to throw away.”

“And Troy’s deformities lay deep down from a woman’s vision, whilst his embellishments were upon the very surface; thus contrasting with homely Oak, whose defects were patent to the blindest, and whose vertues were as metals in a mine.“

“At eight o’clock this midsummer evening, whilst the bristling ball of gold in the west still swept the tips of the ferns with its long, luxuriant rays, a soft brushing-by of garments might have been heard among them, and Bathsheba appeared in their midst, their soft, feathery arms caressing her up to her shoulders.”

“My name is Gabriel Oak.” “And mine isn’t. You seem fond of yours in speaking it so decisively, Gabriel Oak.” “You see, it is the only one I shall ever have, and I must make the most of it.“

“Do you know, I fancy you would be a match for any man when you are in one O’ your takings.” “Never! do you?” said Bathsheba, slightly laughing, though somewhat seriously alarmed by this Amazonian picture of herself. “I hope I am not a bold sort of maid — mannish?” she continued with some anxiety. “O no, not mannish; but so almighty womanish that ’tis getting on that way sometimes.”

“Rays of male vision seem to have a tickling effect upon virgin faces in rural districts.”

His dog waited for his meals in a way so like that in which Oak waited for the girl’s presence, that the farmer was quite struck with the resemblance, felt it lowering, and would not look at the dog. 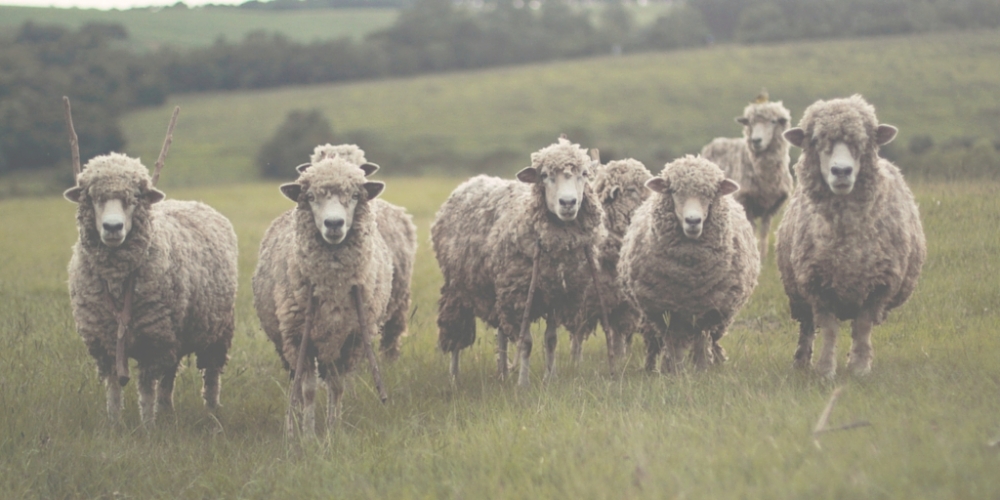 “Oak went up to the door a little abashed: his mental rehearsal and the reality had had no common grounds of opening.“

“It may safely be asserted with respect to the closeness of his cuts, that had it been possible for the edge of the sword to leave in the air a permanent substance wherever it flew past, the space left untouched would have been almost a mould of Bathsheba’s figure.”

“She felt powerless to withstand or deny him. He was altogether too much for her, and Bathsheba seemed as one who, facing a reviving wind, finds it blow so strongly that it stops the breath.”

“Bathsheba would probably have terminated the conversation there and then by flatly forbidding the subject, had not her conscious weakness of position allured her to palter and argue in endeavours to better it.“

“Directly Cain mentioned Bath, they all threw down their hooks and forks and drew round him. Unfortunately the erratic crumb did not improve his narrative powers, and a supplementary hindrance was that of a sneeze, jerking from his pocket his rather large watch, which dangled in front of the young man pendulum-wise.”

“Mr. Coggan poured the liquor with unstinted liber ality at the suffering Cain’s circular mouth; half of it running down the side of the flagon, and half of what reached his mouth running down outside his throat, and half of what ran in going the wrong way, and being coughed and sneezed around the persons of the gathered reapers in the form of a cider fog, which for a moment hung in the sunny air like a small exhalation.”